Our final report, which should be circulated among everyone in the class in draft form well in advance, is due as a finished product at 5 p.m. May 13. Please use this site to keep everyone informed of assignments and progress.

Results of our online questionnaire are available here:

Our respondents appear demographically to be largely representative of campus (with the College of Media a bit over-represented) while data on where people get most of their news proved very interesting.

The entire class is now responsible for coming up with a final report summarizing our findings and offering advice to local media, especially the Daily Illini. This may involve creating some new categories to seek greater predictive correlation with the level of interest found for individual tweets via our questionnaire.

Here also is some boilerplate — basically, a summary of what we have said in class — that may help, provided it is borne out by our more robust statistical analysis:

After reviewing industry best practices and results of various (admittedly scant) research on the topic, students each week posted dozens of items, then refined their tactics on a weekly basis after reviewing data from Twitter and Facebook about how engaging their postings had been. They eventually developed a set of criteria that they thought would best predict whether future postings would maximize engagement and sought to test those strategies via a controlled questionnaire that sought to more systematically gauge levels of audience interest in specific postings selected because of the presence or absence of the qualities they identified.

Preliminary findings, which in final form will be presented in the form of an industry research report prepared by class members for local campus and professional media, are somewhat surprising.

Although using active images and informal, conversational tone may have some value, as suggested by material they reviewed and their own actual practice, the primary determinant of what engages a social media audience appears at first glance to be the same as what engages an audience in any medium: the degree to which a development is unexpected and especially emotional, either directly impacting the individual follower or vicariously impacting him or her by conveying information about a situation with human consequences with which followers can easily identify or empathize.

They also found that running a social media news service is just like running any other news service in yet another way. It needs first and foremost to serve its audience, not merely be a vehicle for promoting some other product, whether it be an institution or a news site. That means developing independent news judgment geared toward the needs and desires of the service’s users even if the news site or other product it may be associated with has no vested interest in promoting everything the social media service might mention.

Conventional wisdom that audiences are most responsive to attempts to spark conversation or to deal with inconsequential yet commonplace daily routines did not seem to be born out. In fact, a social media feed seems less about behaving as if the feed were a typical individual’s social media account and more about behaving as if it were a traditional news provider, albeit one that eschews “dull but important” and other obligatory, incremental news coverage.

The more you do with the final project, the more you may need to submit by private email to ekmeyer@illinois.edu an update to your grading contract

Before the end of finals week you also will have to evaluate the work of your teammates by submitting a confidential teammate evaluation report by email to the instructor. 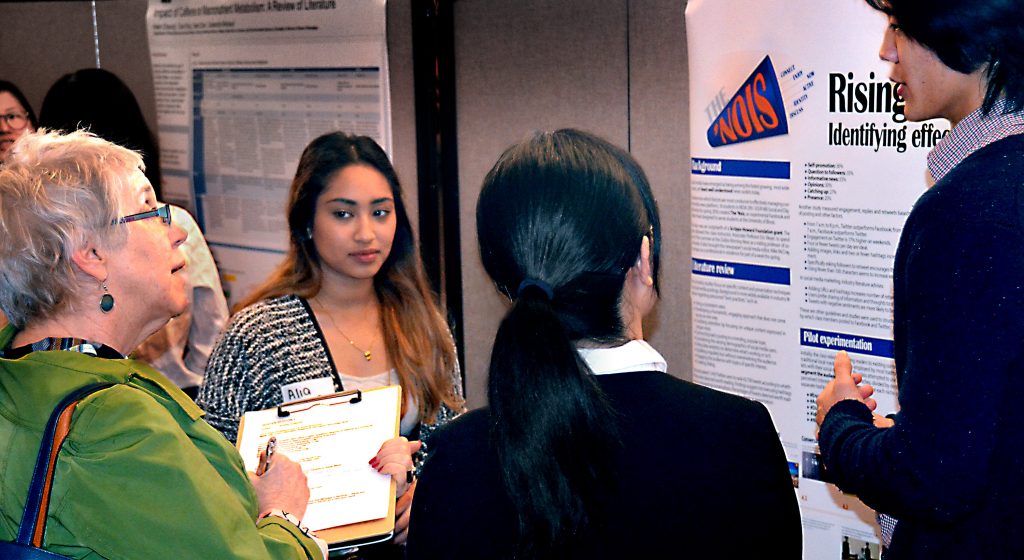 Alia, Ruoxi and Masic presented our project from 3:15 to 4:30 p.m. Thursday in South Lounge of Illini Union.

This site is a discussion forum for the spring 2016 MDIA 290 and JOUR 480 Social & Digital Media class at the University of Illinois.