“We believe that there are multiple reasons for the increase in senior enrollment.  There have been several large entering freshmen classes, and there has also been a significant increase in junior enrollment since 2012-13, which you can see as a spike in the graph,” Elizabeth Stern, Associate Director of the Division of Management Information, said.

There is an increase in transfer students entering to juniors and increases in freshmen entering with large amounts of AP and transfer credits which quickly brought them to junior class level.

Almost half of all students in the College of Engineering have senior class standing, according to data obtained from the university’s division of management information, institutional research (DMI). 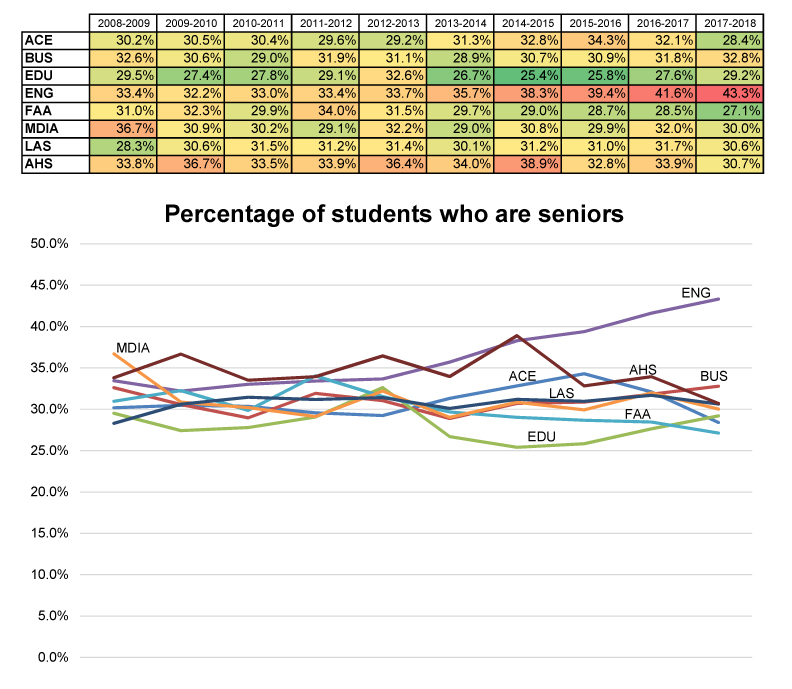 The class distribution in the CoE is unlike any other on campus. The 2017-2018 senior % is 6.9 percent higher than the ten year average. The next closest is the College of Business, which has 1.77% more than its ten year average.

The college of engineering has more seniors than any other and the gap is widening. What sets engineering apart from others to explain this difference?

There is no one concrete explanation, many factors need to be considered and all play a role in engineering’s large senior population.

One of the most basic explanations is credit hours. Class standing is based on credit hours completed, not semesters enrolled. The College of Engineering is one of the most competitive colleges on campus, having the highest average ACT per accepted student.

Because the college is ultra competitive, students often take more AP classes and gain college credit to boost their resumes and chances of being accepted. This leads to many incoming freshman having class statuses of sophomores or even juniors before they even step on campus.

Course credit and its relationship with class standing segways into the second factor; course prerequisites . 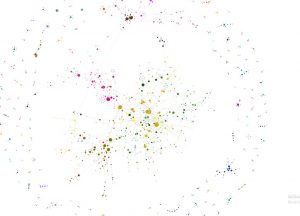 Above is data representing the structure of every UIUC course by prerequisites, created by  Alec Mori, B.S. ’16, Computer Science.

The size of the data point, and its connection to other points, illustrate the number of classes that require that class as a prerequisite.

A large majority of classes that require prerequisites, the classes in the center, are engineering-based classes such as Math, Physics, Computer Science, and Chemistry.

When looked at in closer detail, the difference becomes even more pronounced. 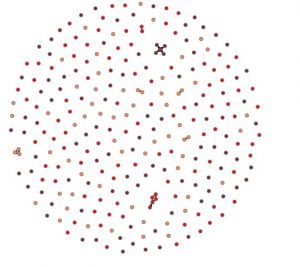 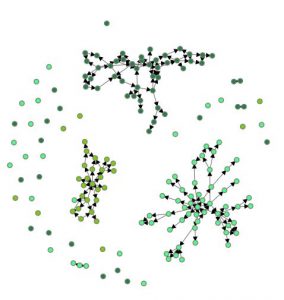 On the left is liberal arts classes such as English, history, and law. On the right is typical engineering classes like Physics, computer science, and statistics. The data clearly shows engineering students have stricter major paths than other students, as their classes require strict prerequisites beforehand.

Many current and former engineering students believe this, along with AP credit,  could be the main reason for the statistical anomaly.

“Students receive credit for AP classes, but not necessarily core university classes,” says Baren_The_Baron, a CS student, “say you get a 5 in AP CS in High School. You will receive credit, but you won’t receive credit for CS 125, which is the required intro to programming course for CS majors.”

What does this mean for students? “Technically you’re closer to graduating because you have more credit hours, but you likely won’t graduate any faster.”

If engineering students are coming in with more credits than other students, why aren’t they graduating earlier? Baren believes course difficulty also plays a large role.

“I can’t speak for every engineering major, but students are gated by specific class requirements more than hours. Some classes are extremely difficult, such that even though it would technically be possible to graduate earlier by taking multiple technical courses at the same time, it would be terrible for their GPA.”

“In effect, many people effectively come in as sophomores but still need to take four years to graduate. In addition, having the credit lets you have a lighter schedule and take maybe 12 credit hours per semester to graduate rather than the usual 16.”

“Even if you come into ECE with all of your math/physics/geneds done you’re still going to be here for at least two and a half or even three years due to prerequisite chains. Most freshman come in without all of their math and physics completed, and a lot of credit that doesn’t explicitly count towards their degree, so they spend about 4 years here despite having a ton of credit.” evilcow867, B.S. 16′, Electrical and Computer Engineering

I talked to the associate director of the Division of Management Information, Elizabeth Stern, and she provided a few reasons for the increase in the senior class. She said the increase is partially because the incoming freshman classes in the past few years have been larger than they were in the past. She also said that you can observe on the graph that there has been a spike in the number of juniors since 2012-2013.

“This has been caused both by increases in transfer students entering as juniors, and by increases in freshmen entering with large amounts of AP and transfer credits which quickly bumped them to junior class level,” said Stern.

She advised that we look into other areas of the profile to gain more information. She mentioned that lines 4600 and higher display that the graduation rate has stayed relatively stable.

There has been an increase in the number of seniors attending the University of Illinois from the 2008-2009 to the 2017-2018 school year. From data, engineering students seem to have the most seniors compared to another college.

Hynes decided to pursue a minor late into his sophomore year, so there was an increase in required credits that he had to fit into his Junior and Senior year semesters which he did by taking an overload for the following semesters.

Engineers have a higher prevalence of co-ops than other majors due to the technical nature of industry jobs. Co-ops allow students to work for a summer and/or semester so they can immerse themselves in a job and/or company to develop more technical skills. These co-ops can offset tuition and expense costs, as working an additional semester results in a higher grossed income for an internship.

But co-ops can be less competitive to acquire because it will cause students to graduate later, making them less desirable for students to obtain. Hynes says that many companies value the experience candidates have obtained before their employment, this is why they can also be pro to students who may not mind taking another semester or year to graduate.

Engineers who are interested in studying abroad that lack a high number of college credits from high school will have to add an additional semester because there may not be the ability to have abroad courses approved for credit due to the lack of a compatible program. Engineers already have higher credit requirements, so a semester abroad would put students behind academically.

If it is not taking longer to graduate, where are these seniors coming from?

Are there certain colleges that require more of their students?

Is it students that decide to get dual-degrees or those that are double majors? Do minors have an effect?